Welcome to the Tudor Exeter trail which guides you through Exeter city centre and much of its Tudor history. The tour starts and finishes at RAMM, where many of the items referred to in this tour are on display in the Making History gallery. Have a look around now, or come back after you've finished the tour. 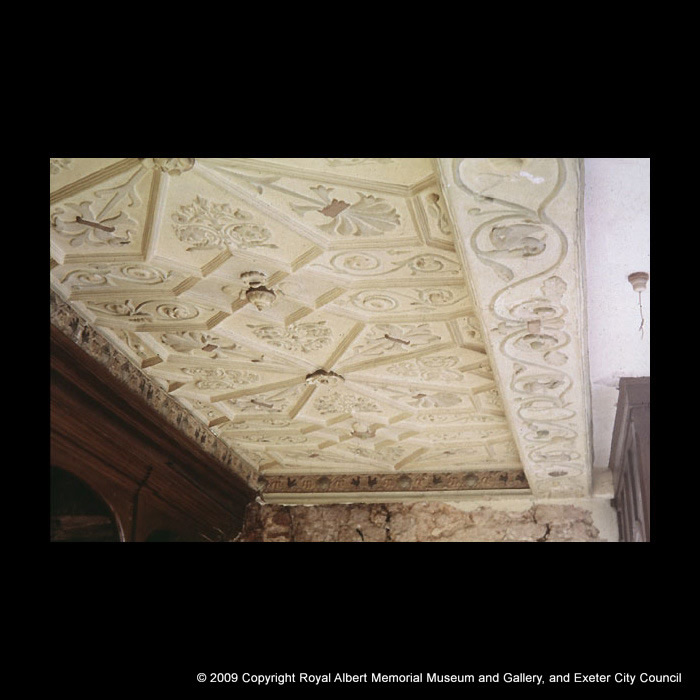 The ceiling illustrates the developments in plasterwork in the early 17th century, and is datable to c. 1620-40. The simple rib patterns of Elizabeth's reign have been much enriched with the addition of animal motifs and more complex foliage. The craftsman who created the ceiling is unknown, but some of the motifs match those in ceilings in the Totnes-Dartmouth area by the same workshop. The ceiling was salvaged in fragments when 38 North Street was demolished in 1972. 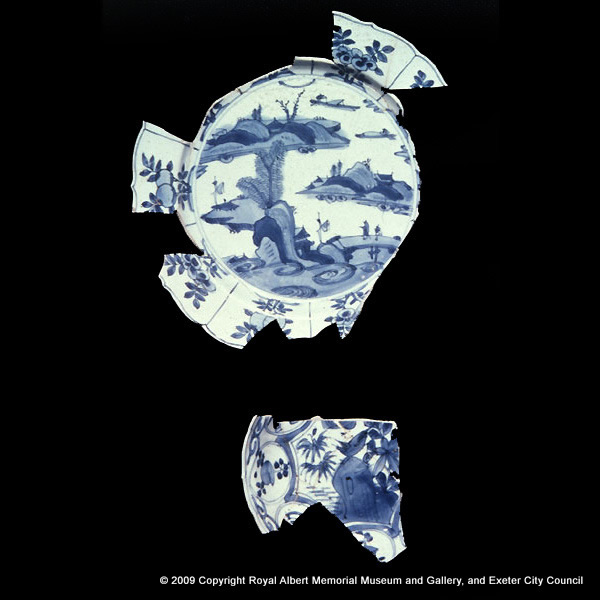 A Ming porcelain dish and saucer dish
(Location 2 of 7)

An exceptional aspect of the archaeology of Tudor and Stuart Devon is the presence of late Ming porcelain imported from China dating to the end of Elizabeth's reign (i.e. before 1600) and in the early years of the 17th century. There are important series of fragments of such porcelain at Plymouth and from Berry Pomeroy Castle, but the best-preserved pieces are from Exeter. Salvaged from the path of a bulldozer during the construction of the Guildhall Shopping Centre in 1974, these pieces date to about 1600. Their painting is in shades of underglaze cobalt blue on a hard-paste porcelain body. The dish shows a tranquil scene of islands and fishermen, rocks and trees, the border being of alternating peach (symbolising immortality) and flowers. The saucer-dish shows the 'bird on a rock' motif.

Since such wares were highly prized, and in Elizabeth's reign seem to have been confined largely to the homes of wealthy courtiers, these are surprising luxuries to find, even in a wealthy merchant's home. A possible explanation is that Devon merchants were acquiring such goods through the capture of Spanish ships trading with the Far East. One such ship, the San Felipe, was brought into Saltash by Drake in 1587. Among its fabulously wealthy cargo were three pipes of porcelain, valued at the large sum of ï 100 per pipe. 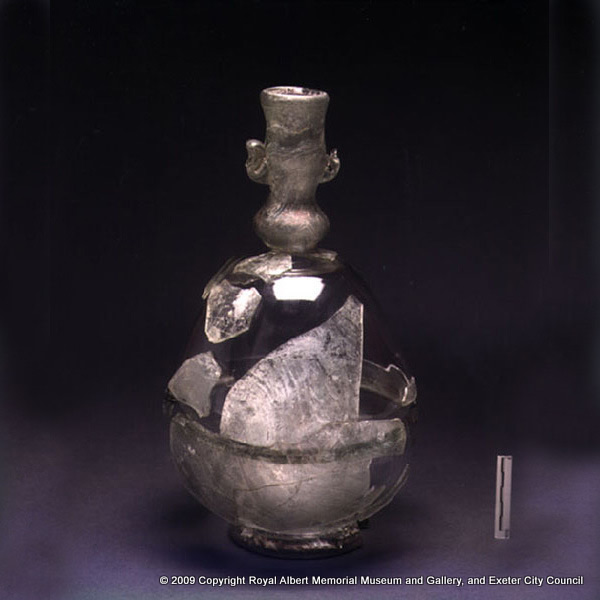 A flask of Islamic style
(Location 3 of 7)

During the excavation of a stone-lined pit in Trichay Street, on the site of the Guildhall Shopping Centre in 1972, this extraordinary example of 16th- or early 17th-century glass was recovered. In an English context it is highly unusual, the only comparable pieces being two similar but more fragmentary examples from London and a vessel from Dartington Hall, also in the museum's collections. The vessel was studied and published by Robert Charleston of the Victoria and Albert Museum, the foremost authority on such glass. He concluded that it was certainly foreign, and perhaps of Spanish manufacture, since the unusual gourd shape of the body, pinched neck and paired handles were reminiscent of Islamic glass. 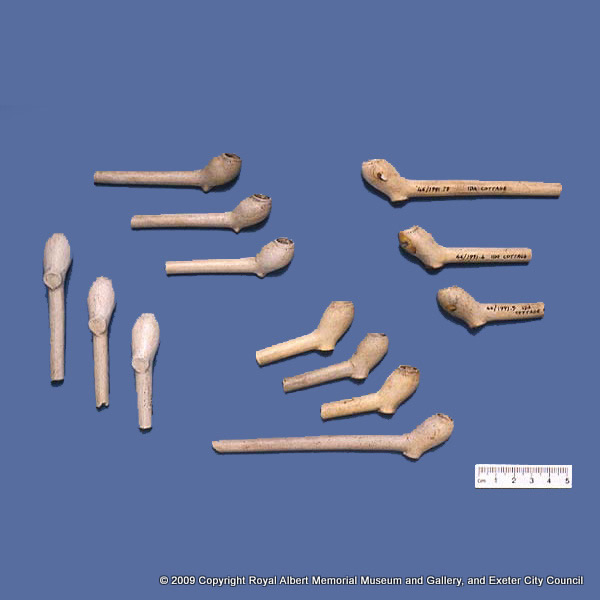 By the 1630s or early 1640s Exeter had its own clay pipe maker, who operated in a tenement just off Paris Street in the suburbs of St Sidwell's. His business was brought to a sudden end in 1642, when the city demolished his home and kiln when the area was cleared to improve the city defences. The group of finds consists of wasters from this kiln. 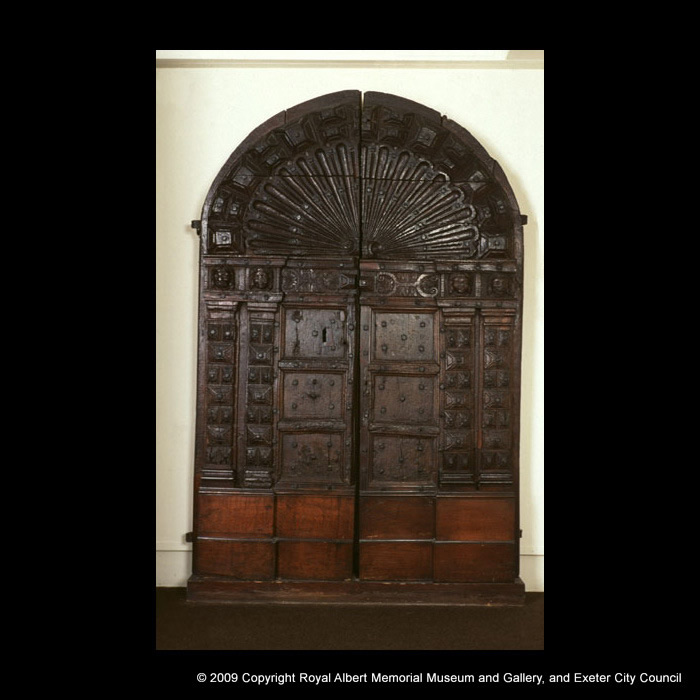 Doors of the High School
(Location 5 of 7)

These complex doors of oak came from the Exeter Free Grammar School, which stood on the High Street close to the Eastgate. The site is now occupied by River Island. With their radiating 'shell' motif head, row of face-masks and stud-like motifs, the doors are especially similar to the door of Nos 10-11 Cathedral Close, and more generally to Nicholas Baggett's door to the Guildhall. It has been claimed that they date to 1593 but they may equally belong to the foundation of the Grammar School in 1633. 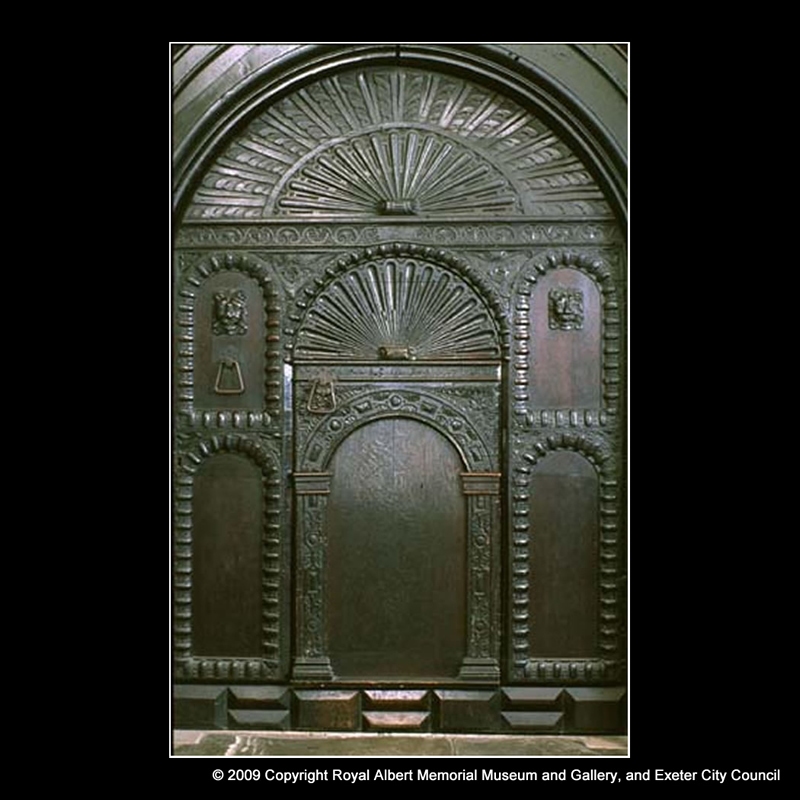 The front door of the Guildhall
(Location 6 of 7)

The Guildhall was used for city hospitality and ceremonial occasions, hence the door's elaboration. Originally set within the building, the door was the only door into the Guildhall. The narrow passageway between it and the street was crammed with stalls and other street merchants. As late as 1886 records tell us that the door was still in this setting, but not in use, being pinned back against the wall.

The present location of the door dates from the end of the 19th century, when it was brought forward onto the street front. The side originally facing into the building now stands facing out, which perhaps accounts for its excellent state of preservation. 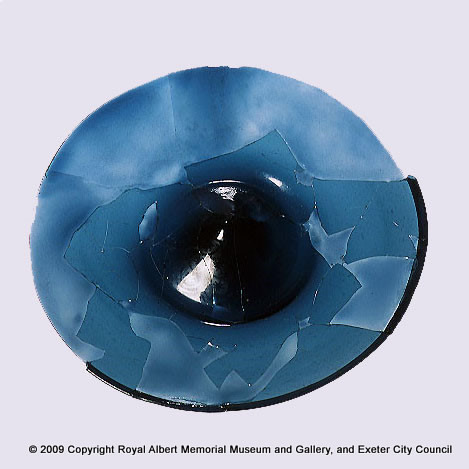 A blue glass dish imported from Venice
(Location 7 of 7)

This vessel was one of the most impressive individual finds among a 'hoard' of Elizabethan glass discovered in Paul Street, during excavations before the construction of the Harlequins Shopping Centre. It contained far more vessels than would be expected even in a large and rich household, and the find probably represents the shop stock of a glass-seller. This is the most important find of 16th-century glass in South-West England.

This fine dish of blue soda glass is undoubtedly an import, made in the manner of Venetian glass-makers (facon de Venise), and almost certainly at Venice itself. Its extraordinary feature is its decoration with enamel, which would have appeared gold on the blue surface. This, sadly, is now almost lost, but the pattern can be seen in oblique light. The central boss was decorated with a net of floral motifs, whilst the rim is painted with long oblique dashes. The vessel has recently undergone conservation at Exeter City Museums.

Welcome to the Tudor Exeter trail which guides you through Exeter city centre and much of its Tudor history. The tour starts and finishes at RAMM, where many of the items referred to in this tour are on display in the Making History gallery. Have a look around now, or come back after you've finished the tour.

The tour starts and finishes at RAMM, where many of the items referred to in this tour are on display in the Making History gallery

Donate today and show you support culture in our communities

Art and SoulExplore Exeter using the Art & Soul trail to visit some fine gothic revival buildings and find the locations for many of the exhibits. 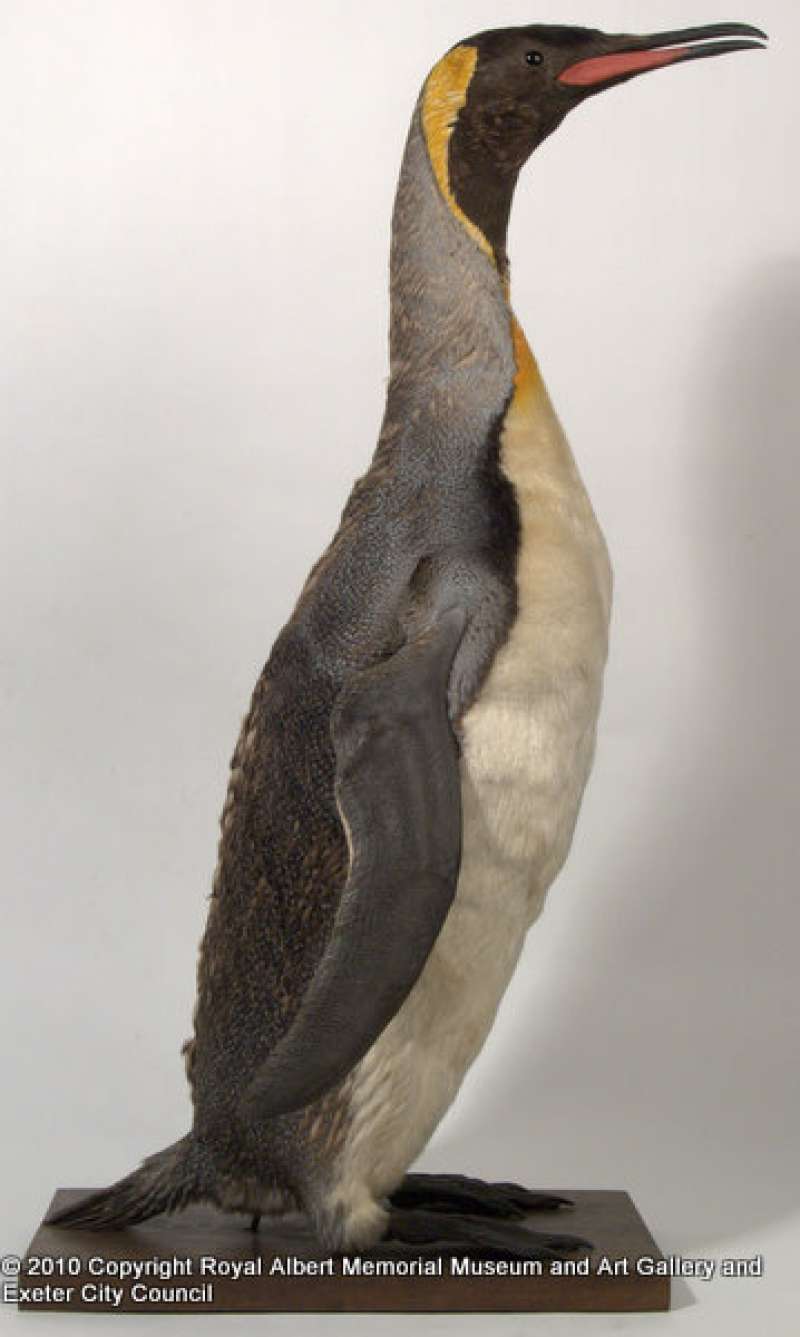 Bird AdventureHi Explorer! This trail takes you around the world exploring different kinds of birds. Become an explorer and see if you can find all nine birds. Whilst you are exploring take some pictures with your favourite bird. Upload them onto Facebook, Twitter or Instagram with the hashtag #rammbirdadventure. Once you have found all of the birds head to the RAMM gift shop to collect your sticker!
Explore Exeter's SculptureExeter's Sculpture and Art Welcome to the public sculpture trail which guides you through Exeter's interesting and diverse public sculptures and art. 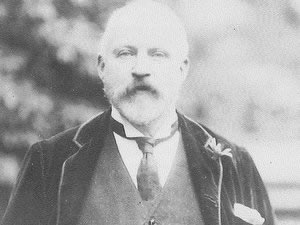 Harry Hems - a Victorian CraftsmanExplore Exeter through the work of Harry Hems, a Victorian master craftsman and church restorer. 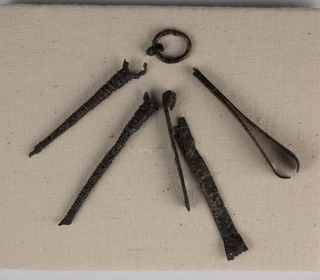 Healing, Protection and the Spirit WorldIllness affects everybody, regardless of whether they lived in the past or the present, near or far away. 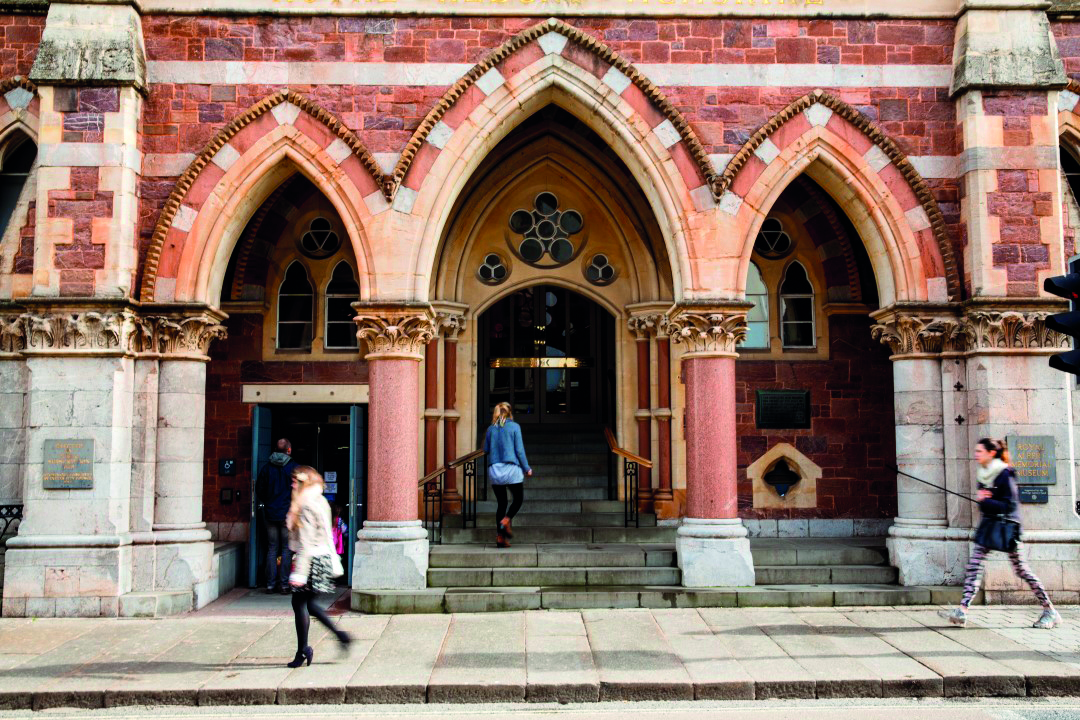 Introduction to RAMMThis information is to help you prepare for a visit to the Royal Albert Memorial Museum (RAMM) in Exeter. 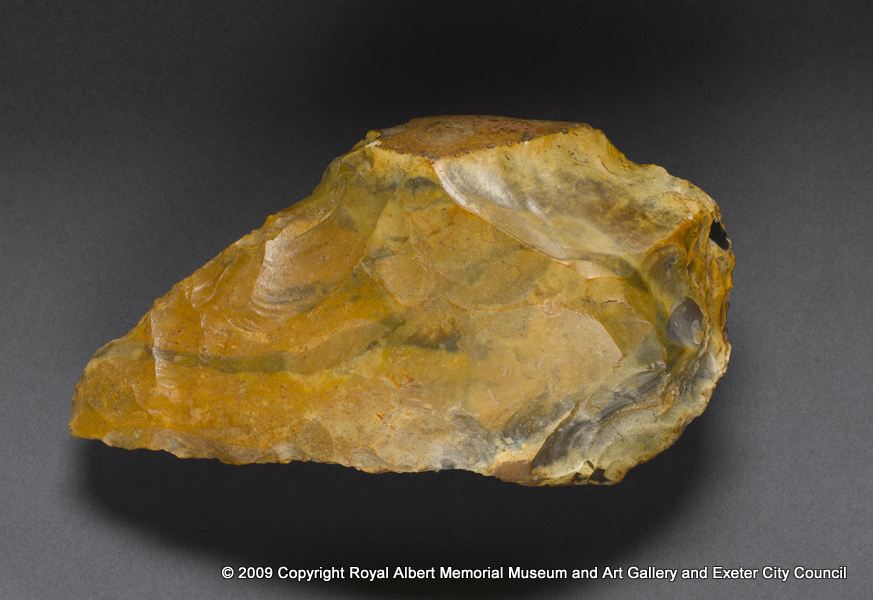 Key Objects TrailA museum trail featuring our key objects with BSL, audio and subtitles.
Museum Architectural TrailLooking beyond RAMM's collection the trail provides an opportunity to an artistic view to parts of the museum that may go unnoticed.

Peter Orlando HutchinsonA tour around the Down to Earth and Making History galleries highlighting key pieces from this prominent Devonian antiquarian's collection.
RAMM Sculpture TrailTake a journey through thousands of years of sculpture and history to find out how sculpture developed through the centuries. Learn about how different cultures used sculpture and the materials they used. You will explore different ages and cultures discovering the incredible range of sculpture that RAMM has to offer. 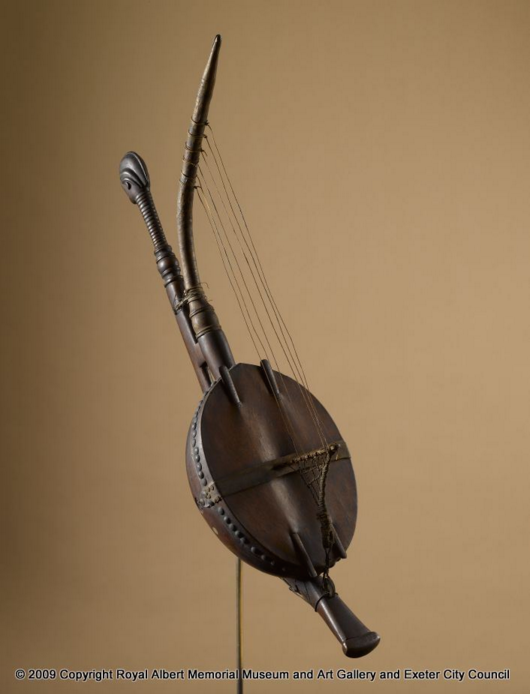 RAMMusicalTake this easy-to-use #RAMMusical trail to learn about the vast range of historical musical instruments in the museum. Discover how music affected the lives of different cultures around the world. You'll hear what these ancient instruments sounded like, and even play one yourself.

Second World WarThis is the Exeter WWII Trail which allows you to explore the city centre and see objects and images from RAMM's collection placed into the context in which they were discovered, used or created. 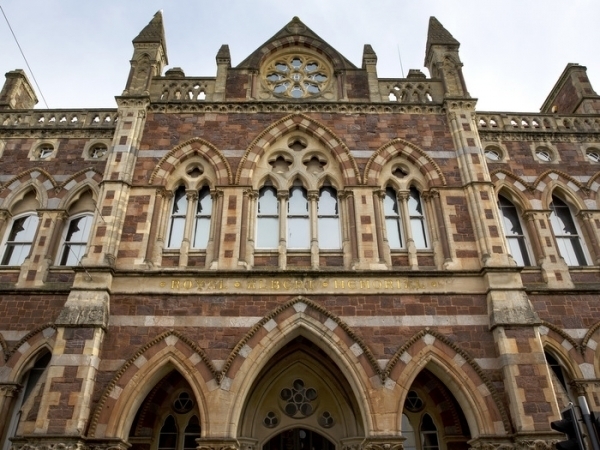 The Great Exeter Garden QuestWelcome, traveller! You are an adventurous photographer, on a quest to discover Exeter's green spaces and the secrets they hold in plain sight. During your journey, you will uncover clues to the origin of the city's gardens and parks, as well as discover the connections they hold with objects from the collection of the Royal Albert Memorial Museum and Art Gallery, Exeter's repository of cultural treasures. Along the way, you will be asked to look at your surroundings with a photographer's eye, to uncover patterns and details hidden to those who do not look closely enough. On each stop along the quest, there is a photographic challenge, which you can complete and upload using your smartphone or tablet's camera. The results of your unique way of looking are added to an online gallery with contributions by other players like yourself. What will your interpretation be? The quest takes between one hour, and one and a half hours. The terrain covered is even, except for the optional bonus level. You will discover objects from the museum's collection and are asked to complete challenges inspired by those artefacts, during which you will collect specific visual scenes from each stop, creating a group of photographs that will reflect your own unique and personal vision.

Tudor ExeterWelcome to the Tudor Exeter trail which guides you through Exeter city centre and much of its Tudor history. The tour starts and finishes at RAMM, where many of the items referred to in this tour are on display in the Making History gallery. Have a look around now, or come back after you've finished the tour. 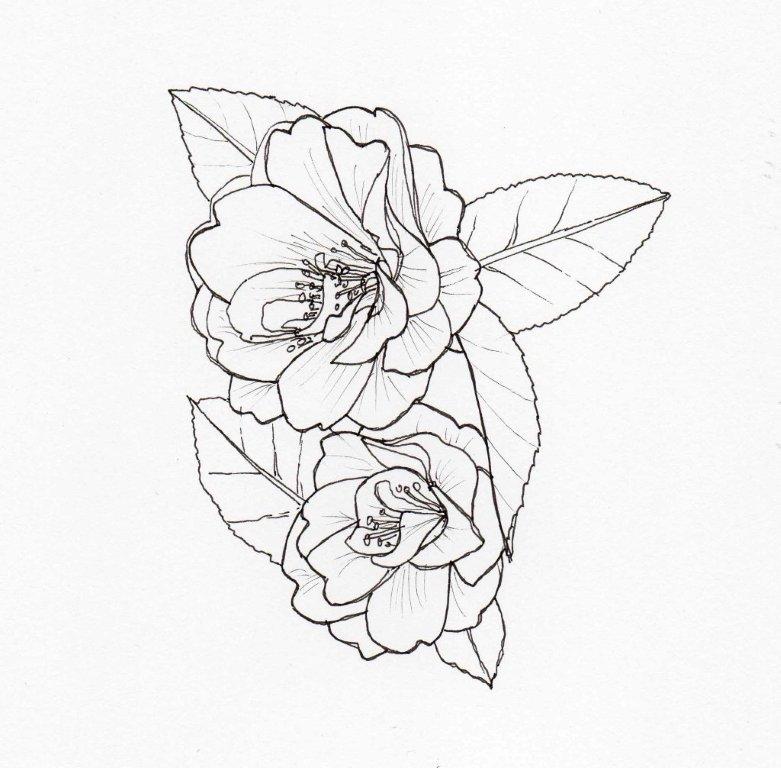 Veitch Lamppost TrailFind 17 painted lampposts around Exeter celebrating the local plant-hunter Veitch family. Each period cast-iron lamppost on the tour, has been painted by Kate Wilson, a botanical illustrator, depicting a different plant brought back to England by the Veitch family.
Close